My Relationship With FANDOM 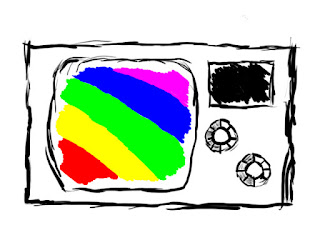 Love it or hate it, our culture is a culture of entertainment. A lot of us build hobbies and careers around entertainment. We live it, eat it, sleep it and breathe it. We have books, movies, music, sports, TV, gaming, and 1,001 online methods of making sure our downtime is occupied.

Are we amusing ourselves to death as Neil Postman once claimed? That's a question worthy of our consideration.

One thing we can say for sure as we look at this new culture, is that we are living in the Age of the Geek, the Nerd, and the Fan. As computers have grown in societal prominence, so to have geeks and geek culture. Western culture moves on from manufacturing dominance just as it once moved on from agricultural dominance.

This presence of both technology and entertainment in the petri dish triggers the development of a few odd sub-groups of humans who call themselves fans.

Fandom, and my relationship to it, was brought into focus by the release of the latest Star Wars film. Star Wars fans are a huge group, and their members are particularly passionate about their franchise of choice– sometimes regardless of their actual knowledge of the films themselves.

And that brings me to my point... There are an awful lot of things about fandom that bother me. Fans are known for one thing: and that's their passion for a property. Whether that property is a football team, a movie franchise, or a multimedia universe, they love it and they want to make it known. There are quieter fans of course, but by proxy we never here from them.

But the problem with passion is that it can quickly become competitive. Fans are always gathering knowledge, sometimes for fun, but often to prove themselves worthy of the title of Superfan. They enjoy debates about technical matters, perceived plot holes, which parts of the franchise suck and why.

Truthfully, most of these debates are some of the least productive conversations humans have ever had. But it's fun right?

To a certain extent, yes. But what about when it stops being fun? Is arguing over Dumbledore's sexuality worth ending a friendship? Would you drive home angry if someone you cared about deicded that Boba Fett was a pansy? Would you give a middle finger salute to a driver who sported the logo of a hated rival team on their bumper?

My beef here isn't really with fans or fandom overall. I just think sometimes we take it way too seriously.

Take for instance fan theories. You've probably seen these on social media– a long academic explanation of how all the Pixar movies take place in one universe, or a mindless take on who Rey's parents are in The Force Awakens, or a video claiming to teach you "The 10 Things You Missed" about the last Hobbit movie. Quite frankly, I find most of these theories to be unsubstantiated, badly researched, and boring. They suck the joy out of the experience and try to shove everything into neat boxes, ignoring the larger story that the filmmakers and writers wanted us to focus on.

Part of the magic is not knowing everything, of being part of a world where there is something magical, mysterious and romantic in the air. Star Wars captured my imagination by asking a thousand questions. What is the Force? What does Darth Vader look like under that helmet? How did they make those spaceships look so real? And like all good franchises, I learned the answers over time.

But fans, always eager to be first in line, can be so obsessive that they miss out on all that magic and wonder. They have to push to the front, take a point of view, speculate, and treat minor things as though they are somehow integral.

Let's not forget that our entertainment is just that– entertainment. It's entertainment meant to be enjoyed not Holy Text to be debated in council. There is no heresy inside a fictional universe that contradicts itself within supposedly canon material.

If you find this upsetting, it's not really necessary to write a counter argument. Instead, just consider yourself the victim of another fan with too much time on his hands.