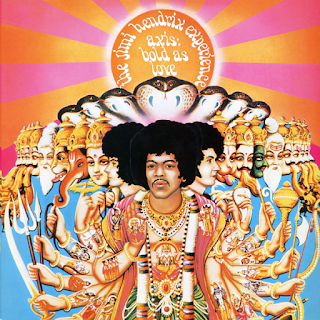 Album: Axis: Bold as Love
Artist: The Jimi Hendrix Experience
Release Date: December 1967
Date Listened: 10 February 2017
Remarks: While I loved the debut, I wasn't the biggest fan of the production. Axis turns that... on it's axis. I love the production, but the album isn't my cup of tea. There's just no catchy riffs here, other than the minimalist If 6 Was 9. The tunefulness of Foxey Lady could've used the punch of Spanish Castle Magic. But it's not here. But it's certainly a creative effort that doesn't sound like anything else of the time. Or after.
Stand Out Tracks: Spanish Castle Magic, Little Wing, If 6 Was 9, Little Miss Lover