Listener's Log: Cruising with Reuben and the Jets by Frank Zappa 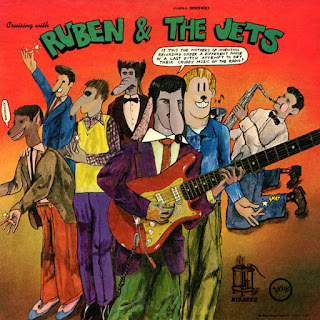 Album: Cruising with Reuben and the Jets
Artist: Frank Zappa and the Mothers of Invention
Release Date: December 1968
Date Listened: 23 February 2017
Remarks: Sometimes, you've just gotta take a break from expanding the boundaries of pop music and creating whole new sonic worlds to release an album of Doo Wop. This is my least favorite work of Zappa's so far. It's not that I hate Doo Wop... it's just that it's not really my favorite. Quite a few songs on here are re-recorded versions of earlier tunes, and I like the originals much better. This album feels forced and out of place. It's not really that funny either, which is what you can always fall back on with Zappa if you don't like the music.
Stand Out Tracks: Umm... I guess No No No, Anyway the Wind Blows and Stuff Up the Cracks