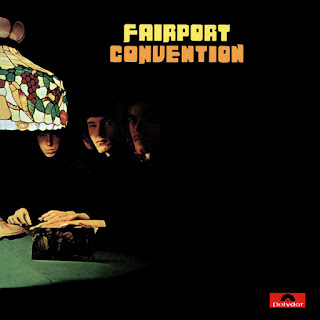 Album: Fairport Convention
Artist: Fairport Convention
Release Date: June 1968
Date Listened: 10 February 2017
Remarks: Continuing the trend of self-titled debut albums, it's something a bit folksy-er. Um, I think. The first from the folk rock legends is really more pop than any of their later work. Chelsea Morning, in particular, has a summer of love vibe. Not one of my favorites, but an enjoyable venture into the wonderful world of Fairport.
Stand Out Tracks:  Time Will Show the Wiser, I Don't Know Where I Stand, Chelsea Morning, The Lobster, It's Alright Ma It's Only Witchcraft, M1 Breakdown