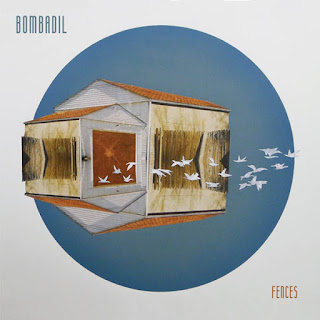 Album: Fences
Artist: Bombadil
Release Date: 5 March 2017
Date Listened: 10 March 2017
Remarks: Bombadil's latest release is everything I could want from this current incarnation of the band. It's very unlike previous efforts even though it is not much of a departure melodically. It's a stripped down Folk/Pop record that was captured with analog technology. The sound is driven principally by the acoustic guitar, instead of by the piano, which historically has been Bombadil's lead instrument. This album is a breath of fresh air, but also tied pretty heavily to the past. The band is recovered from Stuart's departure yet fans will still feel his absence. Brian Rahja stands as a grounding presence and Stacy Harden enters as a fresh voice. It seems he'll fit right in. Overall, couldn't be more pleased!
Stand Out Tracks: What's So Great About You, Not Those Kind of People, Binoculars, Math and Love, Perfect, Fence, Good News Sadie, I Could Make You So Happy, Long Life, Is This Danger, No Snow in the Valley