The Force Nods Off: One Star Reviews of Star Wars VII 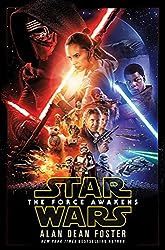 If you've been paying attention to the movie community at all, you know everyone is talking about one movie.

Yes friends, it's The Force Awakens, the first in a series of new Star Wars films headed to our galaxy courtesy of Walt Disney Productions. The film is easily the most discussed and most anticipated film of 2015 and 2015 has been a big year for movies. Jurassic World, The Avengers Age of Ultron, and Furious 7 all broke records this year and it looks like Star Wars could crush all of them, as long as it continues to maintain momentum. More critically anticipated films like The Revenant and The Hateful Eight are getting overshadowed in the press by Star Wars mania, just like in 1999 with the advent of The Phantom Menace.

Overwhelmingly, reactions to the film have been positive. Fans raved and are reportedly going back to theaters over and over again. Rotten tomatoes critics give the film a score of 94% and fans give it 91%. Metacritic.com gives it the respectable score of 81.

However, there are dissenters.

"...the movie was BORING! It's amazing how Hollywood can continue to put out movies like this, cheat their viewers, and then wonder in astonishment why everyone stays home to stream or pirate movies." – IMDb user nysalesman

"Makes the Prequels look like masterpieces! Biggest movie disappointment of my life. Nothing will ever come close. STAR WARS IS NOW DEAD!!!!!!!!" – IMDb user magicbeatledel

One of the most common criticisms of the film (STOP READING to avoid spoilers) is the similarity of the plot structure to the original film. And objectively, it's fair to say that a lot of the beats are the same. The Force Awakens isn't just a sequel... It's a reboot of the most successful franchise in movie history.

As such, it's doubtful it could've met anyone's expectations, let alone the expectations of millions of satisfied viewers. But somehow it did, much to the amazement of the internet.

"I went in with an open mind and hoped jj Abrams would restore my faith in the franchise after the terrible prequels. Instead i got another rehashed,regurgitated story like we have seen recently in so many other rebooted franchises such as ;terminator,the hobbit, spider-man etc." – IMDb user edwardiainwarne

"The new bad guy is a whiny immature kid with daddy problems that throws literal temper tantrums whenever he does not get his way, even worse than the fan hated prequels." – IMDb LiveFire1

The film's lead villain (as well as his cold blooded murder of a beloved character) prompted a tidal wave of fan outrage. One star reviewers had a hard time understanding why he abandoned the Light Side of the Force and most agreed that his father's death was a bit useless.

One interesting trend, is that most who hate the film have no problem with the new leads, but rather with the treatment of original trilogy characters and with the new villains.

"And who the hell is snuke? Why should we care for him? Why do you guys feel this Movie is so great, I'm simply not feeling it. This Movie was NOT Worth ruining the ending in Return of the Jedi in order to make." – IMDb user Rikard Falk

"I do not possibly think they could have done it worse... Literally the most lazy writing I've ever seen... This was a giant middle finger to SW fans. Worst of all, it was done for the sake of raking in money." – IMDb user CowboyDan33

Of course, Disney has invested a great deal in recouping it's $4 billion investment into Star Wars, and there is still a long way to go to that end, but it seems clear that The Force Awakens has set the stage for what's to come– big budget episodic films that cash in on the franchise.

Personally, my heart goes out to the negative reviewers. I felt much the same level of disappointment and frustration as the credits rolled. The film does have a lot of problems. Even folks who loved it had trouble accepting the character of Finn, who managed to subvert his programming with ease and abandoned his friends in favor of looking out for number one. It is a mixed bag of a motion picture, light on originality and heavy on appeals to nostalgia.

But unlike the one star reviewers, I prefer to step back and look at the good in the film. Yes, Kylo Ren is an adolescent cry baby, but there's a lot of potential in the character to grow into something we've never seen in Star Wars. Yes, this story does nullify the ending of Return of the Jedi but I can separate the two franchises quite easily and return to the novels and comics if I want an alternative story.

BB-8 is a lot of fun and Poe Dameron is a classic swashbuckler.

J. J. Abrams gave us a movie with enough positives left over to create some good movies within the same universe.

Like Luke Skywalker, looking at the twisted and evil machine that used to be his father, I am inclined to glance at this bloated and hyper-commercialized mess and say,

"There is still good in him. I can feel it."
No comments:

One Star Reviews - From The AFI Top 10 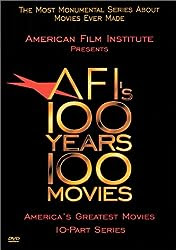 There's a lot of lists out there chronicling the Best Films ever made. Some are popular, some highly disputed and some, like IMDb's ever evolving top 100, are in constant flux.

However, by far the most notable is the AFI Top 100 Movies.

Issued in 1998, then reissued with amendments in 2007, the list is basically the golden standard. This collection has been a starting point for many a film student seeking to learn about the art form.

But of course, One Star Reviewers are no respecters of institution.

Here's a few of the greatest hits from the AFI Top 10. Remember, we all have an acclaimed film we hate, so try not to judge too harshly.

"Overlong... self-indulgent film... self-consciously arty... overabundance of cheesy filmmaking gimmicks. If I had more time, I could go on forever...." –IMDb user elaurens88

"My heart wasn't touched by this at all; It was somewhat disappointing." –Amazon reveiewer

"It just didn't impact me and my expectations weren't met at all." –RottenTomatoes user Daisy E

"This isn't entertainment, and it's not accurate enough to be documentary, so what does that leave? Sadly, propaganda." –IMDb user Ripe Peach

I feel it's important to note that everyone quoted here made no anti-semetic comments and that their criticism of the film was based on the film itself. By and large, those that review this movie negatively are the ones who claim that it isn't an appropriate examination of the topic. Many reviewers feel that Spielberg simply did a poor job telling the story.

Widely considered one of Spielberg's best, the film was a critical darling that swept the Oscars in 1994. It stands at #8 on the AFI list and is the most widely known film about the Nazi slaughter of Jews during the second world war.

In many ways, the controversy makes the movie an easy target. Some consider the holocaust to be a matter to serious for any filmmaker to address. Others have impossibly high standards, something Spielberg doubtless was aware of when he undertook the project.

Email ThisBlogThis!Share to TwitterShare to FacebookShare to Pinterest
Labels: Filmmaking, One Star Reviews 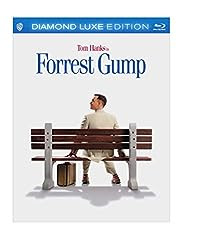 My wife and I had a startling moment of bonding early on in our relationship. We discovered that neither one of us likes Forrest Gump.

That's right. The Robert Zemeckis/Tom Hanks classic that stole Best Picture away from Pulp Fiction and The Shawshank Redemption. The same film that also won five additional Academy Awards, three Golden Globes and currently resides at #71 on the American Film Institute's list of the 100 greatest movies of all time.

Yeah, I'm not really a fan.

We aren't really alone on this either. The film is fresh on Rotten Tomatoes, but the critics consensus admits that it is "overly sentimental" and that it has a "somewhat problematic message."

Amy Nicholson of L.A. Weekly calls it "a movie with nothing to say." Adam Mars-Jones of the Independent calls it "a miniaturized car wash for the emotions." Entertainment Weekly claims that half of every audience isn't into it, although that claim certainly isn't backed up by the statistics on Rotten Tomatoes or IMDb.

However, you might be able to concede that it's OK to have mixed feelings about Forrest Gump. It's a bit of a singular film and it might not be to everyone's taste. Certainly an intelligent viewer can at least acknowledge some of what bothers my bride and I about the film– the seeming encouragement to trust the status quo, the cloying saccharine sweetness, and the strange perverseness of the relationship between Forrest and Jenny.

At the same time, I can acknowledge why the other side (e.g. The Academy of Motion Picture Arts and Sciences) seem to love the film. It's got a lot of heart. Tom Hanks delivers a fantastic performance. It's a sweeping examination of the American way of life and it has a lot of great cinematic moments.

So, maybe it's alright to find some middle ground and agree to disagree.

But this got me thinking. What if a minority of film goers, however small, earnestly feel that the most lauded, accolade drenched, and highest grossing films of All Time are nothing but a load of shite?

Chances are you know someone who's like this about one film you absolutely love. And chances are, you find this absolutely baffling and a little bit infuriating. I know I had a friend who made some snide comments about Laurence of Arabia. I almost punched a hole in the wall.

The whole purpose of art is to inflame the passions and make a deeply personal impact on the viewer, so when someone who has had a different experience comes along with biting criticism, it's easy to be upset about it.

On the eve of the opening of Star Wars Episode VII: The Force Awakens, Fox News aired a segment on U.S. cable where a panelist, with a bit of support from host Neil Cavuto, bashed on the Star Wars franchise. For bashed, read: claimed it was over-rated. Pretty soon, that contributor, reporter Carley Shimkus, was getting snide comments from angry fans. Another Fox talking head, Katherine Timpf, called fans juvenile on a 3AM talk show and started to receive threats.

While this successful publicity stunt boosted both Fox News ratings and anticipation for the film, it does reveal an interesting side of human nature. We hate it when others disagree with us.

Instinctively, I get defensive over my favorite films. I turn to objective sources to prove my point in endless arguments. Box office numbers, awards, preservation by the Library of Congress... these things are for taking a subjective idea (how "good" a film is) and quantifying it into something objective and measurable. The problem is, the individual viewer experience might not be align with gross returns, awards committees or library standards.

Opinion is also a flaky thing, driven by a lot of outside factors. A great film can be ruined by indigestion, nagging thoughts about that argument with a co-worker, or by the bain of all film lovers– hiccups in the internet connection.

But nevertheless, the individual experience is what the movies are all about.

In this series of blog posts, we'll be examining the dark side of the world of film opinion. We'll be hearing from those who bash beloved classics, condemn all of our favorite characters, and find plot holes in our favorite stories.

As we go, try to have grace by latching on to that one film that everyone loves but that you hate. We all have our guilty pleasures and we all have those films we are ashamed to admit that we don't understand.