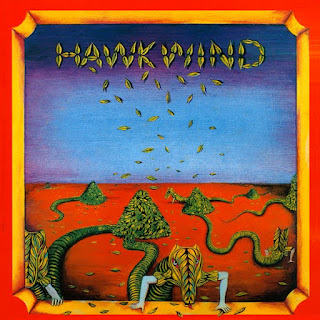 Album: Hawkwind
Artist: Hawkwind
Release Date: 1968
Date Listened: 2 February 2017
Remarks: Being somewhat familiar with Hawkwind's later works, I found their debut album rather surprising. There's a tiny bit of folk and blues influence and the space rock doesn't really start to gel till the B side. It isn't at all what I was expecting. It's not unpleasant though, and the sentiments of the first track and only single are enough to warrant a listen.
Stand Out Tracks: Hurry On Sundown, Seeing It as You Really Are, Mirror of Illusion, (Note: the bonus tracks on the remaster Kiss of the Velvet Whip, and Cymbaline [by Pink Floyd] are better than many of the A side tracks- at least to my ears.)