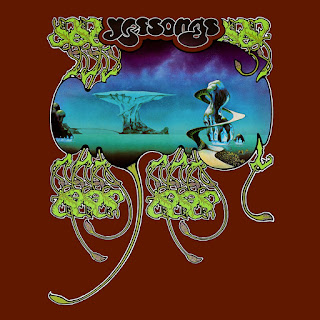 Album: Yessongs
Artist: Yes (duh)
Release Date: 18 May 1973
Date Listened: 29 March 2017
Remarks: This album, along with Relayer which I listened to a few months back, has really reawakened the Yes fan in me. It has been in long hibernation thanks to my going back and listening to the first two albums as well as Tales from Topographic Oceans back to back. If you do this, it's easy to think that Yes was kind of a serendipity found on the chemistry of just a few people and when they left; the band ended. And while that's true to a certain extent, there's evidently still a lot to be mined from their back catalog, not the least of which is this spectacular live collection. Yes never sacrificed an ounce of their studio energy or musicianship on the stage (speaking also from personal experience) and it seems fans got their money's worth!
Stand Out Tracks: All of them... there isn't a stinker in the lot. The only possible exception might be I've Seen All Good People which doesn't translate well to the stage in my opinion.